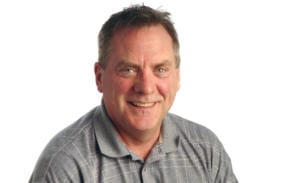 The arctic cold front stalled as usual just north of Seattle late Sunday and Monday, keeping our precipitation mostly as rain Monday. There were a few reports in Salmon Creek and Orchards of wet snow late Sunday night. Some accumulating snow occurred Monday in our foothills and mixed in the rain at lower elevations.

The cold air was filtering into the Columbia Basin Monday with temperatures in the teens and 20s. Today a weak weather system was sliding southward so only a few flurries or showers were expected. A larger storm is forecast to approach the coast near the mouth of the Columbia River Wednesday.

That storm would draw east winds toward it along with chilly temperatures; the first ingredient for local snow. Secondly, moisture will move inland later on Wednesday and Wednesday night into Thursday. The cold dry gusty east winds may dry up some of that moisture at first but eventually the air will get saturated and snow should fall overnight.

Most forecast models now agree the storm will curl up toward Vancouver Island, which in turn would switch winds for most of us around from the south, ending the freezing precipitation. There is a small chance of freezing rain in some locations. So, it appears our “snowstorm” will be brief and only bring a few inches at best.

I’m looking at all available data as of Monday afternoon. A slight change in storm track could make a difference. So, things may change a bit. If schools were to close it would be Thursday now as the precipitation most likely would start after the kids get out of school Wednesday.

We may enjoy some of that white stuff, perhaps during commute time, and cause some delays. This will only happen if we get those east winds. If you can see or feel those beginning late today and Wednesday morning, then for sure we are on snow watch.

We’ll see if everything will come together. By the weekend we are back to “normal” weather.