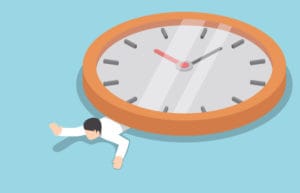 The Washington State Department of Labor & Industries announced new rules Wednesday requiring employers to pay overtime to some salaried employees who would otherwise be exempt from state wage and hour laws.

The rules update standards last updated in the 1970s that required overtime pay for salaried employees making no more than about $13,000 a year. The new threshold will start at just over $35,000 a year and increase to an estimated $83,356 a year by 2028, when the new rules will be fully phased in.

The change does not require employers to give their salaried employees raises. Employers can still set salaries below the threshold — but they will have to limit those employees to 40 hours per week or pay them overtime if they exceed 40 hours in a given week.

“Our state has long been a leader in protecting worker rights, and the changes we’re announcing today will restore fairness to the state’s overtime rules,” said L&I director Joel Sacks.

The rule change is expected to affect approximately 259,000 employees statewide by the time it’s fully implemented in 2028, according to L&I.

L&I’s new rules also update job duties criteria used to determine whether an employee can be considered exempt, bringing the language and standards more in line with those of federal rules.

Some salaried employees can’t be exempted from wage and hour laws even if they meet the salary threshold — the exemption applies for executive, administrative and professional staff, which typically means white-collar workers in managerial roles.

L&I has the authority to adopt and implement the rule change on its own; the finalized version does not require approval from the state Legislature or any other governing body.

L&I unveiled a draft version of its proposed update in June and spent the summer hosting a series of public hearings throughout the state to gather feedback. The agency said it heard testimony from 182 people and received 2,266 online comments.

The proposal received mixed reactions from attendees at a public hearing in Vancouver in August. Several workers and union members testified in support of the change, calling it long overdue. Business owners and business organization representatives suggested that the new rules would raise requirements too high and too fast, and a few suggested instead changing Washington’s rules to mirror federal rules.

The final rules are similar to the draft version, except the phase-in period was extended two years, ending in 2028 rather than 2026.

The multiplier won’t remain at 1.25, however. It rises throughout the phase-in period, topping out at 2.5, where it will remain from 2028 onward.

The exact threshold number can’t be calculated after 2020, because the minimum wage will be adjusted by the Consumer Price Index starting in 2021, but based on current projections, L&I estimates the threshold will reach $83,356 by 2028.

The implementation of the new threshold is complicated by a change in the federal threshold for overtime pay for exempt employees that takes effect Jan. 1.

The federal threshold is set for a one-time increase to $684 per week — equivalent to about $35,568 — which is higher than the threshold Washington will implement on July 1. Because the federal standard is higher, it will supercede the state standard until the state’s threshold is adjusted upward in future years.

The draft version of the rules had a bigger increase scheduled for July 1, but L&I deputy director Elizabeth Smith said the agency decided to change the schedule so that Washington employers wouldn’t have to contend with two threshold increases in a single year.

All future step-ups in Washington’s phase-in period will take effect on Jan. 1 of each year.

“Washington state is bringing back the 40-hour workweek,” Working Washington executive director Rachel Lauter said in a statement. “Under the state’s new overtime rule, hundreds of thousands of salaried workers will once again have a right to overtime pay when they work overtime hours. It’s about time.”