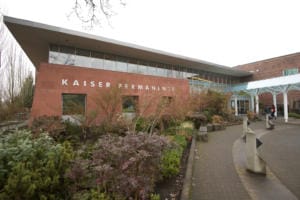 A group of unionized Portland and Vancouver-area Kaiser Permanente workers has voted to approve a new national contract with the health care company, although the contract will not take effect unless several other unions also vote to ratify it.

The Portland and Southwest Washington branch of the Service Employees International Union, SEIU Local 49, announced Wednesday evening that its members voted “overwhelmingly” in favor of ratifying the contract.

The tentative contract agreement was announced Sept. 25, averting a weeklong national strike that had been scheduled to begin Oct. 14. The strike had been in the works since July, when talks stalled after several months of negotiations between Kaiser and a coalition of labor unions.

SEIU Local 49’s vote was held at a series of meetings during the past week. All of the coalition member unions are expected to finish voting by Oct. 19, according to coalition spokesman Sean Wherley, with a final result likely to be announced in the following week.

All 11 union branches in the coalition must approve the contract in order for it to be ratified, he said. If ratified, the new contract will retroactively take effect Oct. 1.

In a press release when the deal was announced, Kaiser stated that the new contract is a four-year agreement that includes annual pay increases, continued employee benefits and the creation of a program to combat a national shortage of health care workers.

A coalition press release touted the agreement’s focus on several issues that had been raised during negotiations, including protections against outsourcing, protections for existing retirement benefits, a ban on subcontracting and “an intensive joint effort to revitalize the worker-management partnership.”

“Kaiser health care workers have dedicated their lives to caring for patients, and they are committed to renewing our partnership with Kaiser,” SEIU Local 49 president Meg Niemi said in a written statement. “SEIU members protected their right to speak out and advocate for their patients and themselves, which was important in these negotiations. We’re looking forward to working together with Kaiser Permanente to ensure the people who work and seek care at Kaiser continue to thrive.”