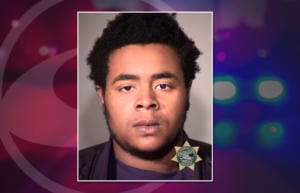 An 18-year-old man from Vancouver, who was recently caught on camera breaking into a vehicle in Beaverton, Ore., faces attempted murder charges stemming from a shooting over the summer in Portland.

Treyvon Harrison turned himself into Beaverton police Oct. 3, a week after officers there responded to Sorrento Bluff Apartments to investigate several vehicle break-ins, according to a Beaverton Police Department news release.

A victim provided a picture of the alleged thief, and the photo was shared by TV news stations in Portland and quickly spread on social media. While in custody in Beaverton on three counts of unlawful entry into a motor vehicle, Harrison was handed off to Portland police investigators and taken to the Multnomah County, Ore., Jail on suspicion of being involved in a June 19 shooting.

According to the Portland Police Bureau, Harrison is believed to have been involved in the shooting that happened at 1:35 a.m. near the 8100 block of Southeast Woodward Street.

“During the shooting, two occupied apartments and two unoccupied vehicles were struck by gunfire,” according to Portland police.

No one was injured.