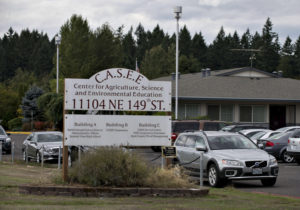 The Battle Ground Public Schools Board of Directors on Monday night approved a $188.5 million budget funded, in part, by a local levy rate of $2.50 per $1,000 in assessed property value. That makes Battle Ground one of the few school districts in Clark County able to take advantage of a state law that will allow it to increase its levy cap.

It’s a further complication of state law settled in response to the landmark school funding decision known as McCleary. The Legislature in 2018 capped local levies at $1.50 per $1,000 in assessed value while raising state property tax levies. This year, the Legislature increased that to $2.50 per $1,000.

Battle Ground voters approved a levy in 2017 that would have generated a rate of about $3.66 per $1,000 in assessed value, according to district budget documents. Because that voter-approved levy is greater than the new levy caps, Battle Ground was able to increase its levy to generate an anticipated $23.4 million for the 2019-2020 budget.

“These changes will round out the educational experience that we can provide our students and families, and continue to build a district that strengthens our community and makes it a desirable place to raise a family,” Ross wrote in a district news release.

The district projects the increased levy will also allow it to cover future deficits caused by declining enrollment, increasing staff costs and special education services not fully covered by the state.

The district has made some cuts to key areas due to projected enrollment declines of about 470 students in the upcoming school year. The district scaled its basic education budget back from $99 million to $93.8 million, eliminating some staff commensurate with decreased enrollment.

“Enrollment drives staffing,” said Meagan Hayden, the district’s director of school finance. “Since our enrollment is down, the state funding is down as well. Most of our staff reductions were in basic education.”