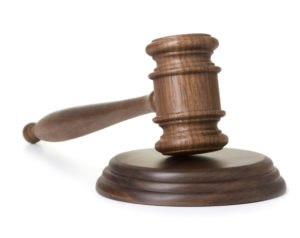 An Oregon man who was selling counterfeit oxycodone pills and had a stash house in Vancouver was sentenced to nearly six years in federal prison, the U.S. Attorney’s Office for the District of Oregon announced Thursday.

Johnell Lee Cleveland, 37, of Happy Valley, Ore., pleaded guilty March 22 to one count of conspiring to distribute cyclopropyl fentanyl, one count of possessing a machine gun and two counts of money laundering. As part of his plea deal, Cleveland agreed to forfeit all of the criminal proceeds and firearms seized by the government.

In addition to a 57-month federal prison sentence, Cleveland will serve three years of supervised release.

The Portland Police Bureau, FBI and Internal Revenue Service served a series of search warrants in March 2018 at Cleveland’s residence, a storage unit in Clackamas, Ore., and a stash house in Vancouver, as part of an investigation into oxycodone distribution in the Portland metro area, according to a press release from the U.S. Attorney’s Office.

Investigators seized $27,372 in cash, seven firearms — one was an automatic machine gun with a drum magazine — a ballistic vest and more than 300 suspected oxycodone pills from Cleveland’s residence. They also found a white Mercedes-Benz with bullet holes on its exterior in Cleveland’s garage. Investigators believe the vehicle was involved in a December 2017 shooting in downtown Portland that critically injured a man, the press release states.

After searching his storage unit and the Vancouver house, investigators also found $124,040 in cash, more than 900 suspected oxycodone pills, and more than $100,000 worth of jewelry and Rolex watches. Testing of the suspected oxycodone found the pills were actually cyclopropyl fentanyl, a synthetic opioid, according to the press release.

Cleveland is also charged with attempted murder with a firearm and awaiting trial in Multnomah County, Ore., Circuit Court in connection with the December 2017 shooting in Portland.